Most factions are tracked in World of Warcraft by the reputation that a player character has with each faction. Some groups that are not tracked as factions appear in the organization list. 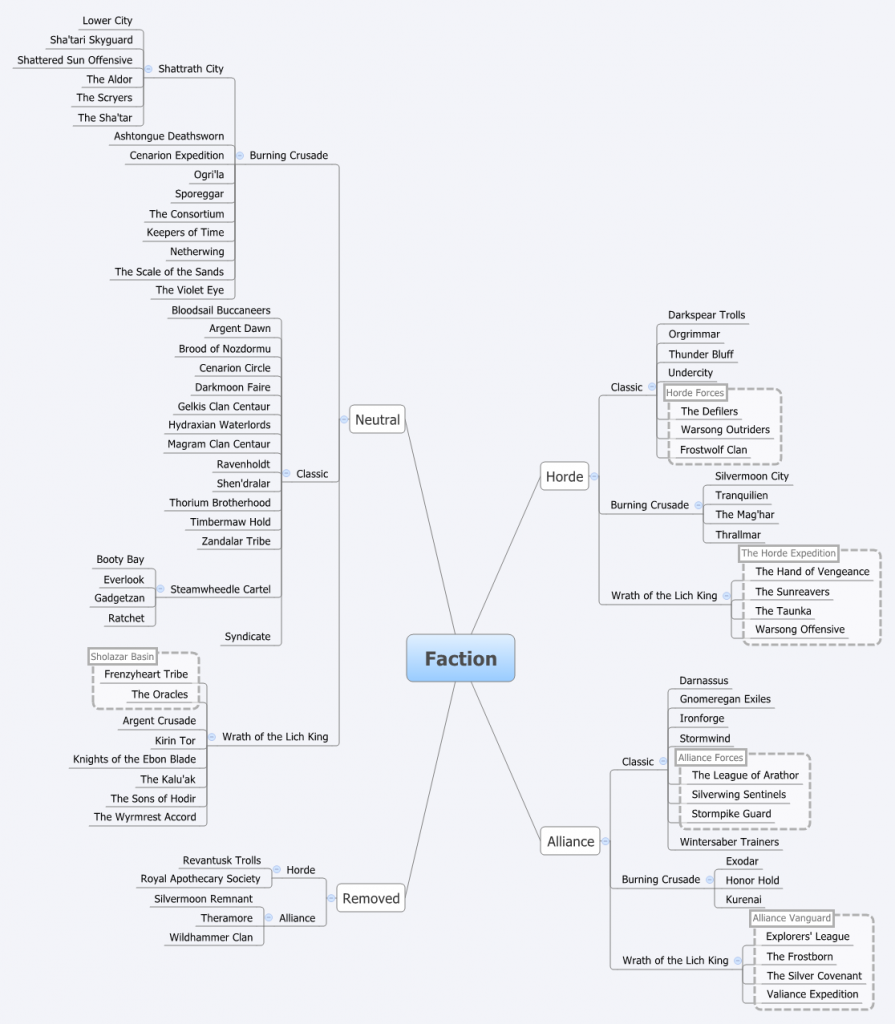